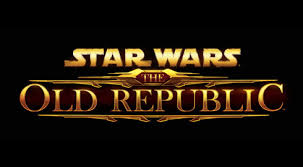 The spiritual successor to the KOTOR franchise, BioWare’s first massive multiplayer online game, SW:TOR, brings a new depth of story and character to the MMO genre. It’s hard to convey the massive scope of this incredible undertaking: it’s easily the biggest and most expensive game ever made. Players get to side with either the Empire or the Republic, choosing one of eight different classes each with a unique story longer than the original Knights of the Old Republic. Add in regular updates every few months, including new story content, and you have a beast that dwarfs anything else I’ve ever worked on.

The sequel to the award winning 2007 game was released in January of 2010. ME2 blew away critics and fans alike, and became EA’s highest MetaCritic rated game.  I was the co-lead writer on Mass Effect 2, along with Mac Walters, and it was great to see the franchise continuing to grow, evolve and mature. Right from day one we said the Mass Effect series was going to be a trilogy, so even though both ME1 and ME2 have self-contained stories, you know the big finale is still to come!

Released in November 2007, Mass Effect is the first game set in the brand new science fiction universe created by BioWare. I was the lead writer on ME (and the writer of the ME novels), so it was extremely gratifying to see the amazing reaction this game got from fans and critics.

This was my first game as a lead writer, and it was a huge hit with fans and critics alike. It was the 2003 Game of the Year and it also let me get my foot in the door with LucasArts, eventually leading to the Darth Bane novel Path of Destruction.

This was the first original intellectual property developed by BioWare, meaning they owned all the rights. Although I wasn’t the lead writer on the project, I did get the opportunity to contribute to the story and writing of the game.

I worked as a writer on the original Neverwinter Nights campaign and on the second expansion pack, Hordes of theUnderdark. If you haven’t played Hordes of the Underdark I urge you to give it a try – it’s an amazing conclusion to the Neverwitner Nights series.

Unfortunately I never had the chance to work on the original Baldur’s Gate game. I joined BioWare a few months before Baldur’s Gate II: Shadows of Amn was released, and I’m glad I was able to make a small contribution to what many consider the best fantasy rpg ever made for the pc. Throne of Bhaal, the conclusion to the Baldur’s Gate series, was my first significant contribution to a BioWare project, and it also led to the opportunity to write the Throne of Bhaal novel.